Every single year email adapts and transforms itself to meet changing user tastes and preferences. 2017 is no different. So, what does this year hold in store for the age old, yet still super effective communication tool?

Well, in this article we’re going to pool together our collective knowledge of email marketing and make what we believe are accurate predictions of where email marketing is going in 2017. 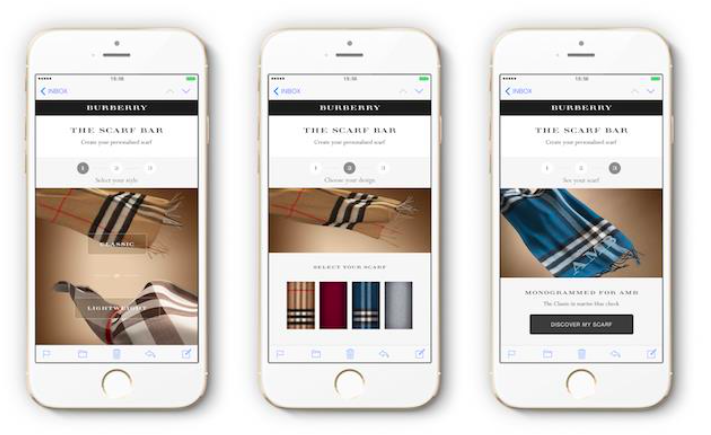 We believe 2017 is going to be the year where interactive emails really take off. But before we go any further, what even is an interactive email? The term is explained well by Mark Robbins of TEDC15 London as “an action taken in an email that triggers an event in the same email”.

This prediction follows the same trend the broader web has been taking for a while. The web is a lot more interactive in 2017 than it was even 2 years ago. Why? Because interactivity helps, a lot.

Neil Patel conducted research which found that adding interactivity to your site, if done the right way, can go a long way in reducing your sites bounce rate. Further, Envato states “being interactive gives readers more reasons to return”.

So, we believe the next logical step is to take all this that has been working so well on webpages and move it into the domain of email in a bigger, bolder way than has been done up until now.

And we predict that 2017 will be the year that this happens in a big way.

We predict 2017 is going to be the year for big data personalisation in emails.For those that are unaware, big data personalisation is when you take large amounts of collected visitor data and then use tools to extract intelligence from that data to inform you which would be the optimum piece of content, style of delivery and time of delivery for a specific visitor or set of visitors.

Put simply, big data personalisation is the act of using the power of big data to be able to personalise email content for a specific person or group of people with greater accuracy and on a greater scale than ever before. Pretty neat, huh? 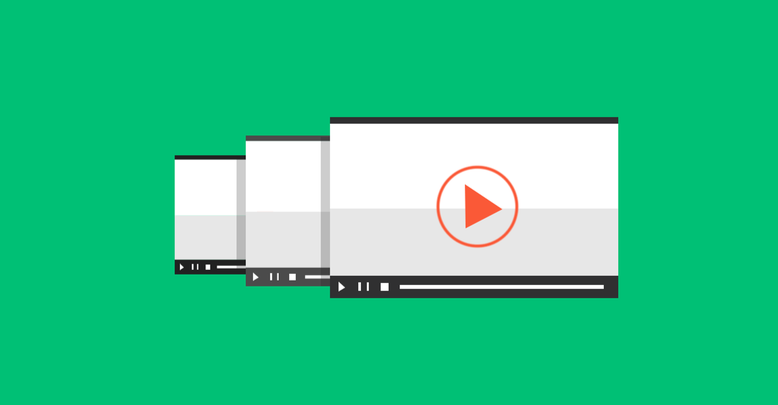 Remember the time that Steve Jobs released that now infamous open letter that buried flash? Well something similar, but not quite as radical happened to HTML5 video and email.

A couple of years ago Apple stopped supporting HTML5 video in all of its email clients, at a time when video consumption was at an all-time high. Why did they do this? They gave their reasons at the time, but who really knows. When they pulled support they also halted the trend of having native video embeds in emails.

But, guess what? With the launch of iOS 10, HTML5 video support has made a come-back. Why is this a big deal? Because 40 percent of all emails are opened in Apple owned or controlled email apps. Apple’s huge email market share allows it to make or break trends instantly.

And so, 2017 marks the year where we predict videos will be all over emails. But hopefully not too many, as we know all too well how some marketers sometimes like to overdo things when handed a new toy or technique. 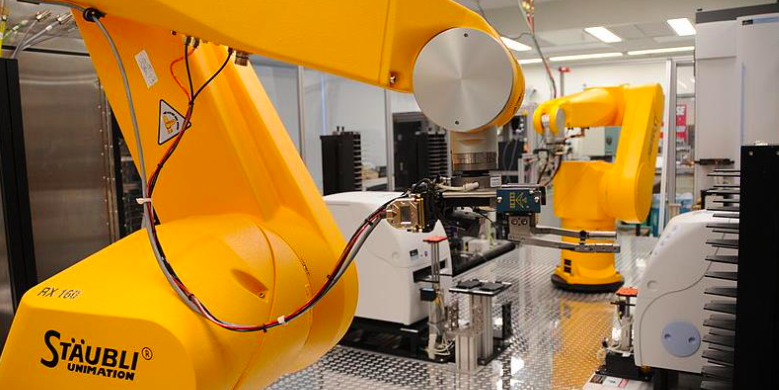 Automated emails are pre-defined emails that are sent out, well, automatically, and usually in response to some form of “trigger”.

A trigger could be a user signing up to a mailing list or abandoning their shopping cart or successfully making a purchase.Automated emails can also be sent without a trigger.

This is where a marketer would set a pre-defined time for an email or sequence of emails to go out to a specific user or group of users.Even though automated emails typically only make up around 5 percent or less of the total emails a brand sends, they produce a huge positive ROI compared to how few of them are sent.

Users expect brands to recognise them, and treat them consistently across all digital channels. But brands have fallen really short of this expectation. Dave Chaffney, CEO and co-founder of Smart Insights explains that “email marketing is not a separate activity” however despite this, a lot of the time “email activity isn’t integrated with other experiences as a subscriber browses the (desktop) site or uses a mobile site. That will change”.

To be clear, bringing all of a visitor’s interactions across multiple (often conflicting) channels together to create a single view is not an easy task. Analysing the data from this single view and acting on it by creating relevant, consistent messaging across channels is an even harder task.

Which is why, unsurprisingly, until very recently not much progress has been made in this area. So, what’s changed now? Four words. Advances in machine intelligence.

We predict the advances in machine intelligence that were achieved towards the end of 2016 will trickle down into email software in 2017 and allow brands to create proper omnichannel email experiences in 2017, for the first time ever. 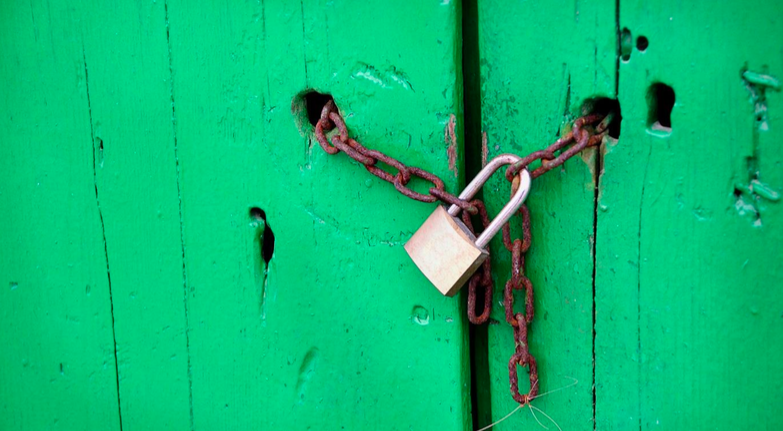 Over the last couple of years, email security and privacy have gone from being niche topics that are debated by a small part of the population to being mainstream issues.

There are a few things that have contributed to this change. The Snowden revelations on the NSA’s mass surveillance, the infamous Sony Hack, and most recently, during the latest US presidential campaign, the topic of Hilary Clintons emails and her use of a private email server.

Even though email is incredibly popular and very widely used there is always the risk that if there are many more big leaks/email security breaches, such as those mentioned above, that people’s confidence in email and thus their usage of it could eventually decline in a big way.

And as time goes on the risk of leaks/security breaches increases, as emails are becoming more personalised and transactional so they are becoming an even greater target for hackers and other bad actors.

Therefore, it’s crucial that email clients, security companies as well as the companies sending out marketing materials and the agencies doing so on company’s behalf all work even harder on making email as secure and protected as possible. It’s in everyone’s best interest.

We hope this piece has helped to provide you with a look into the near future of email marketing.

Email is as old as the internet but is still very widely used and surprisingly resilient.

2017 will again prove email’s staying power and further reduce the number of people that think email’s days are numbered.

In 2017, much like previous years, email will again adapt to users changing tastes and preferences and both companies and users will find yet more new and inventive ways to use it.

Next story :3 examples of successful opt-in forms and why they work so damn well

The importance of email send time

It’s common knowledge in the email marketing industry that email send time can have a huge effect on your open rates. We analysed the millions of emails sent through the EmailOctopus platform and, like many studies before us, found that email send day can have an impact, as well as time. What to consider One […]

Why you should use segmentation in your email marketing

For your marketing messages to be truly effective, they need to reach the right people. And segmentation helps you achieve that. It’s the practice of dividing your audience into segments based on data, including demographics, preferences, behaviour and geography, and then speaking to each of those segments directly. It enables you to provide your audience […]

How to send a survey via email

Growing your email list is an essential part of increasing your digital marketing reach. But building a strong base of contacts doesn’t happen overnight. However, the results are worth it – few other sources of communication give you as high of a return on investment as email marketing. The smartest businesses and nonprofits use a […]

In 2013 Gmail introduced its new website design, complete with the ‘Promotions Tab’. By introducing tabs, including Promotions and Updates, Google made it easier for people to focus on messages that are important to them. These tabs also help people read emails of the same type at once. The tabbed approach certainly does help users […]

How to use online assessments to build an email list: a step-by-step guide

If there’s one marketing channel you can use to achieve any business goal, email is it. Among other things, you can use email for: Lead generation Lead nurturing Driving sales Customer retention Customer service Brand awareness However, to successfully leverage email, you must build an email list of engaged subscribers. And one of the best […]

If you’re just starting out on your personal newsletter journey, growing your audience might be one of the biggest challenges you face. Word of mouth and contributions to online communities, such as Indie Hackers and Reddit, are a good place to start. But if you want to reach a wider audience, submitting your newsletter to […]

People reacted to this story.