One of the best ways of improving your email marketing is to try and learn from the best in their field. Everlane are one of those companies who I always open their emails, everytime they send to me.

Everlane is an upstart clothing brand that have no traditional retail stores. Instead they use beautifully shot videos and photographs to craft an experience online. They’re incredibly transparent; letting users know where their factories are and sell direct to the customer. They do marketing very well, sharing images via email and social channels with anticipation-building release dates with the opportunity to sign up for a waiting list.

Thanks to their innovative tactics they’ve built up a large following on social media, have created Facebook bots to interact with customers and thanks to this they’re now reported to be valued in excess of $250m. Below we take a look at their email marketing campaigns, and what they do well there.

The channel you arrive on to Everlane, dictates the website flow you’re pushed through. A user referred by a friend is instantly asked to sign up, whereas a user accessing via Google is presented with an open shop. This is likely due to the intent showed and the implied trust given by these groups.

With a word of mouth recommendation it’s likely you’ll trust the company however may not immediately wish to purchase; this makes the option of adding a sign-up gate an interesting one, with the hope you’ll convert the user later via email marketing. 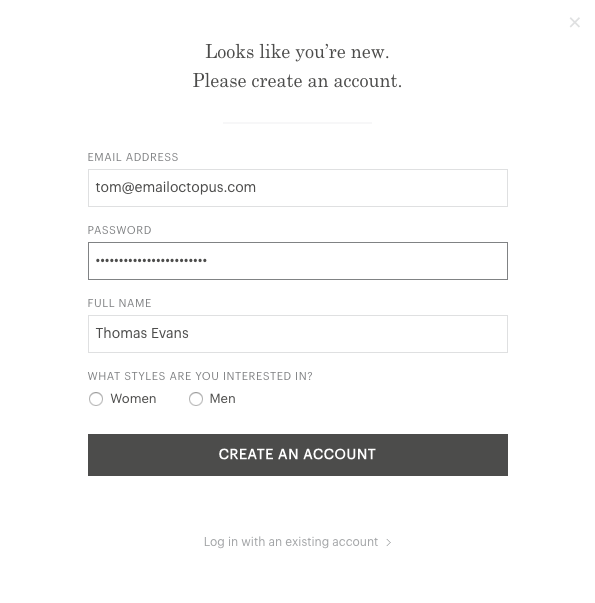 During the account creation process, you are asked for the styles you are interested in. This data will dictate which sign-up list you’re added to, ensuring your users can receive personal and relevant emails. We often see furniture websites use similar techniques, if you know whether your users have children, for example, you can use this data to send them children’s furniture occasionally.

Everlane rarely give away the content of their email within the subject line. They use no more than 5 words, and make use of the pre-header area to give a little more away. Their style is incredibly unique, and encourages you to open the email to see the content. It’s clickbait, without being obvious (or irritating).

Also, it looks like Everlane regularly A/B test their campaign subject lines. This example below contained almost exactly the same content, however featured a twist on words. Experimentation through A/B testing allows companies to find out what consumers really interact with, ensuring you can optimise your campaigns for click throughs and conversions.

Everlane use the data collected about you and use this to send relevant content to you. As someone who expressed interest in male clothing, I only ever see male focussed campaigns; even when the clothes being sold are exactly the same. 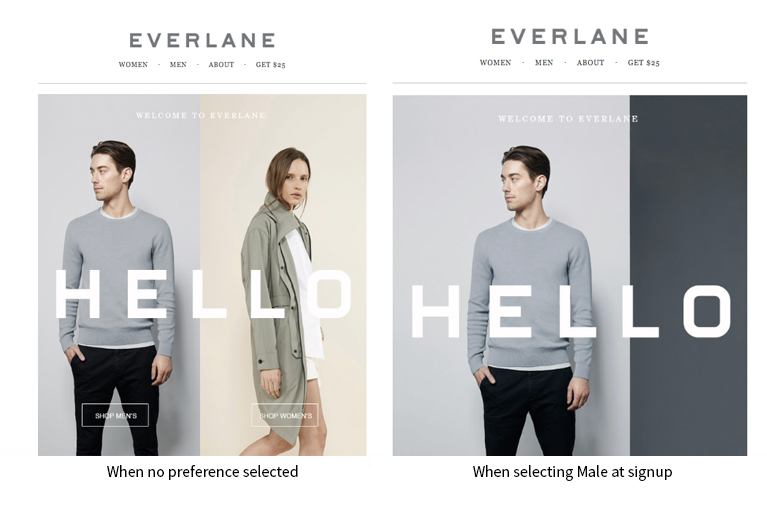 They also make use of current events, and link their email marketing campaigns to that. For example, during the Wimbledon tennis tournament Everlane put together an email campaign combined with a web landing page all in a tennis theme. Staying relevant to what’s going on in the world, whether that be a sports tournament or popular video game, rarely hurts a brand. 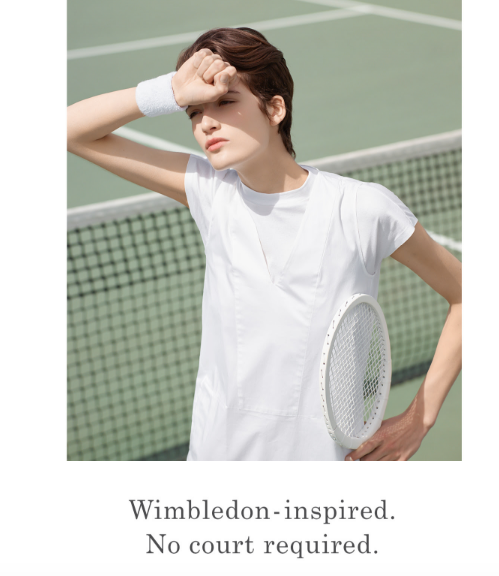 Few people make buying decisions based on information from a single medium. Many ecommerce brands now retarget email subscribers using Facebook and Twitter, using their email address. Doing so can not only help convert that user, but also help convert their friends as they like and share your content.

Everlane seek to push users to use social early on once you sign up to their emails. Only a couple of days after signing up, I received the following email letting me know of their other channels such as Instagram, Twitter and Snapchat. 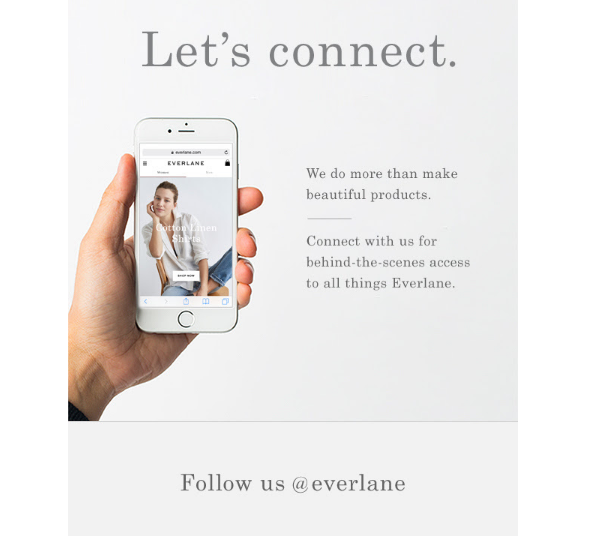 Throughout their email campaigns we see regular references and features from social media. Instagram images from customers wearing their Everlane clothing enhances social proof and also gives potential customers a realistic view of what the clothing looks like in real world situations. 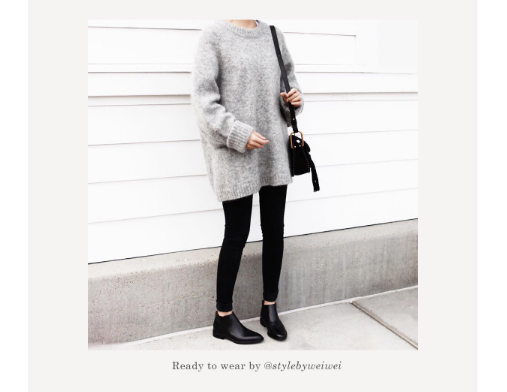 Animation in email adds an element of customer delight to a email that isn’t typically possible with static images. Everlane make sparse use of animated gifs, meaning that it still retains the novelty factor when you open their emails.

Using an animated GIF designs is great for drawing users eyes, and catching their attention. They can also be used to help explain or showcase more products in a small space above the fold. It’s worth bearing in mind animated gifs aren’t supported in all clients, but most modern clients such as Gmail and iOS mail do support them.

Previous story :How we saved $8,470 on our startup’s tools
Next story :Growth hacking our way to 10x customers

According to research, 72% of US adults send or receive personal emails via smartphone at least weekly. And 68% of consumers polled say their preferred way of receiving commercial messages is email. So it’s no shock, then, that email opt-in forms can be found on almost every blog and eCommerce si

4 ideas to improve your email marketing with Zapier integrations

There are thousands upon thousands of online services out there. Many of which are designed to help you get the absolute most out of your marketing. Whether that’s reaching new customers or finding out more about the ones you already have. Connecting all these different systems and getting the

Why you should use segmentation in your email marketing

For your marketing messages to be truly effective, they need to reach the right people. And segmentation helps you achieve that. It’s the practice of dividing your audience into segments based on data, including demographics, preferences, behaviour and geography, and then speaking to each of t

6 ways to integrate social media with your email marketing

In this digital era, social media is one of the most effective channels in building brand awareness. But why is that important? Because increasing brand awareness means gaining more exposure to potential customers. Which is why it’s the first step in the marketing funnel. After all, the more p

When it comes to getting subscribers to take action, email marketing is often all about the art of persuasion. Whether it’s getting them to open your email with an enticing subject line or click on a link with a persuasive call-to-action.  And this where an understanding of marketing psyc

Here are the biggest email marketing trends for 2017

Every single year email adapts and transforms itself to meet changing user tastes and preferences. 2017 is no different. So, what does this year hold in store for the age old, yet still super effective communication tool? Well, in this article we’re going to pool together our collective knowledge