Since the rise of digital in the 1990s, marketing has become a broad field that encompasses everything from social media to SEO, branding to advertising.

Within email marketing alone you’ll find specialisms that include copywriting and the more technical field of deliverability.

But if, as we recently investigated, the stages and panels of email marketing industry events have been low on women in the past, then the technical niches within this industry have been even more lacking in gender diversity.

It’s no secret that the tech sector overall is still desperately in need of female representation. And this disparity is partly down to the widespread stereotype of the male tech nerd. The problematic misperception that technology is just for geeky men persists.

However, it’s a misperception that email deliverability expert LoriBeth Blair is only too happy to correct. Since starting her career in technical support, she’s gone on to help top brands with their email reputation and deliverability.

As part of our International Women’s Day series, I caught up with LoriBeth to discuss her experience in this ‘man’s world’.

You’re an email deliverability expert. That’s quite a technical field within email marketing that I imagine has been fairly male dominated. So I wondered what challenges you’ve faced as a woman working in this particular field?

I think people don’t expect you to be technical, but I’m a big fan of subverting expectations. So, I think that in a lot of cases it works in my favour because people underestimate how technical I am. And then they’re really surprised when I’m able to throw down like a DNS geek.

I think probably the thing that’s gotten me most is on some public forums. I’ve noticed that some people will argue with women about technical matters, or about really anything, a lot more than they will argue with other men. That’s probably been the most frustrating thing that I’ve dealt with.

What first inspired you to become a speaker at industry events? And have you encountered any challenges there was a woman?

I think what really inspired me to do it is that I’ve done public speaking for a long time – I did debate in high school and in college. Being up in front of people presenting is my comfort zone. So it’s really just an extension of my love for presenting before a crowd. I don’t know how much I can say whether it’s been challenging because I haven’t been in this industry that long. I just got started in email marketing a little over four years ago now.

Have you noticed much change in terms of gender diversity since you started?

The place that I started was at IBM Marketing Cloud. And we were an incredibly diverse team, both gender and race and across many other factors. So that was my start. I have to say the smaller companies that I’ve worked at have been less diverse, which has been a challenge for me because I’m more used to and more comfortable working in a very diverse environment. I feel that’s where you get a plurality of perspectives. And that’s how you find the best solutions.

You’re a member of Women of Email, how has this network helps you and what needs do you think it answers in the industry?

I think it’s helped to have the camaraderie of a bunch of other people that are going through very much the same thing. It’s helped me be a part of the community rather than just being someone working in this field. I probably haven’t been as active with Women of Email as I could be, though I do show up to events.

Why do you think women are underrepresented in leadership roles and as keynote speakers in the marketing industry? And what can be done to address the imbalance?

I can’t remember which conference it is, but I think there was one conference recently that decided that they were going with all female speakers. And I think that’s a really interesting concept. Just to see as an experiment, what that conference looks like when there is 100% female representation.

The problem is the same problem that women face across really any industry, just in that women are underrepresented. I think it goes back to the history of women’s rights being oppressed. It’s just an extension of that in a less insidious form.

Do you think anything can be done specifically to address that imbalance now?

What positive change would you like to see in the industry over the coming years?

I would definitely like to see greater representation of women in boardrooms. I think if we can change that at the top, I think a lot of other changes are going to just happen naturally.

And what advice would you give other women seeking senior roles in the marketing industry or women interested in speaking at conferences and events?

I would say don’t give up. That’s the best advice that I have is don’t give up. Find someone who’s not only willing to mentor you – because I’ve read some really interesting pieces a while back that women are insanely over mentored in every industry, not just email marketing. Women don’t just need mentors, they need advocates.

I don’t know if any of the other Women of Email brought up Pioneers in Skirts. I know back in 2018 at EEC, essentially the final keynote presentation was devoted to a documentary called Pioneers in Skirts talking about how we can actually do something to change women being underrepresented and underpaid in industries. And I think they made a lot of excellent points. It definitely does start with changes at the very top of the boardroom. It’s gonna be hard, it’s gonna be harder than it seems like it was for your male counterparts. But don’t give up, you can do it.

And on that topic of mentors, who have you been lucky enough to have as a mentor during your career, female or male?

I would say currently Matt Vernhout has just been tremendous. He’s not just a mentor, he’s an advocate. He helped me get the speaking position at EIS, he continues to mentor me and advocate for me on a daily basis. I just couldn’t possibly ask for a better ally in the industry than Matt Vernhout.

It’s interesting, one of the other women I spoke to talked about that, and said how important it is to have men putting women forward instead of taking the limelight themselves. So it’s interesting that your example matches that.

Yeah, and I think it does help. I mean, I think that in order to change things, it takes the commitment from men. First we have to agree on what the problem is because I think not everyone agrees that there is a problem. So first, we’ve got to get on the same page there.

I think in complex situations, this is kind of a parallel to deliverability in my line of work. Figuring out what the problem is, is 90% of the job sometimes, especially in the most complex situations. And I think that where we are now, with how women are represented in this specific industry, is the product of hundreds of years of choices. So it’s a very complex system that’s led us to this place. I think getting everybody on the same page, that this is a problem that women are underrepresented.

There have been some pretty good strides in terms of speaking roles. I definitely see Jen Capstraw out there a lot. And I think having such a great example as Jen to look up to really helps a lot. So I think that’s one thing is seeing women that have gotten out there and are able to make it happen. I think that helps a tremendous amount and combined with having people, having men that are willing to advocate on your behalf, I think that’s the winning combination. Having a role model and having advocates to help you get to where your role model is, is just crucial.

And are you set to do any more talks this year?

I don’t think that I am. I’m doing some private engagements where I’m doing training for some large national brands. It’s a little difficult as a vendor to find speaking engagements. And I’ve only been in my role for a year. My primary role is being a client facing resource to help people with their deliverability problems.

And I have to say that the company that I work for has been tremendous about that, because they’ve given me the opportunity to work with some of the biggest brands in the world. Some of the largest email senders and the amount of faith that they’ve put in me, really does a lot to make me have more faith in myself. 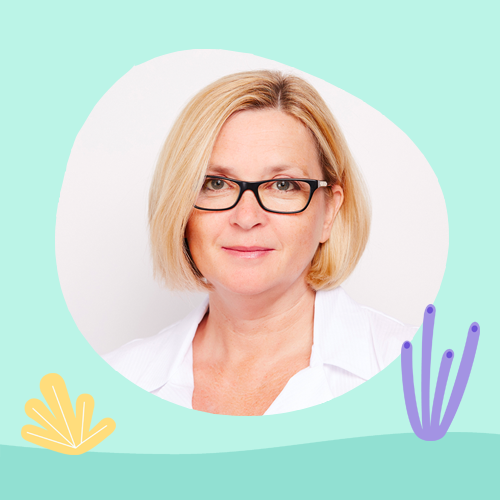 Next story :How to successfully work from home

Sat in the audience of an email marketing industry conference and you may be forgiven for thinking it’s a male-dominated industry. The same could be said for even Googling ’email marketing experts’. You’ll find many male names in the results but not so many female names. In t

An interview with Jeanne Jennings: Gender diversity in the email marketing industry

The stages and speaking panels of email marketing conferences have long been a lonely place for women. Rewind a decade and there were just a few trailblazing women making a name for themselves as speakers. One of those women was industry veteran and email marketing expert, Jeanne Jennings. With a lo

An interview with Kait Creamer: Gender diversity in the email marketing industry

Marketing has long been considered a fairly even playing field as far as the genders are concerned. In some cases, women make up nearly two thirds of the industry, especially in fields like Public Relations. But look on stage at marketing conferences and those numbers don’t seem to follow. Unt

An interview with Jen Larson: Gender diversity in the email marketing industry

Since the advent of digital marketing in the 1990s, men have dominated the arena. Google top digital marketing influencers and the majority of results will be men. Back in 2015, Moz analysed their Online Marketing Industry Survey and highlighted that women only accounted for, on average, 30% of the

An interview with Kath Pay: Gender diversity in the email marketing industry

Marketing has traditionally been considered a career path well suited to women. And it’s often been an industry where you’ll generally find a healthy ratio of women to men. Yet this gender diversity has not always translated to more public arenas. Like industry conferences and events. Fo

For International Women’s Day 2020, we kicked off a series of interviews with some of the most esteemed women in the email marketing industry. These women jumped on Zoom calls and played email ping pong with me to discuss gender equality at industry conferences events. And as some of these wom

Marketing has long been considered a fairly gender balanced industry. The creativity and empathy required to persuade customers to buy products and services are traits that women are considered to possess in abundance. And yet something curious happens when you step into the world of industry confer

Women in MarTech: an interview with Alice Li

Who do you picture when you hear the word “developer”? If recent statistical demographics are anything to go by, you’ll likely be picturing a white man in his late thirties. But it’s 2021 and times are changing. More women are learning to code and tackling the male-dominated

Leave a comment Cancel
Comments to: An interview with LoriBeth Blair: Gender diversity in the email marketing industry
Cancel reply