Let’s rewind a year – it’s February 2020 and International Women’s Day is on the horizon. We decide there’s no better way to start our ‘Interview with Experts’ series than with Q&A sessions with some of the email marketing industry’s most trail-blazing women.

It starts with conversations about the gender balance at industry conferences. And how women are under-represented in these public arenas, and more so at senior levels within the industry.

But as I interviewed more women, another clear imbalance in gender representation appeared in marketing technology (or MarTech, as it’s often shortened to). Here were women who were not only specialists in email marketing strategy – some of them were also coders and developers, making their way in a very male-dominated world.

One of these women is Anne Tomlin, an expert in HTML email coding and founder of an email development company in Texas, USA.

But then Covid-19 really hit and many of us battened down the hatches trying to keep up with the changes lockdowns wrought on all aspects of our lives. And these interviews began to gather dust (figuratively speaking).

With International Women’s Day 2021 just days away, here’s what Anne has to say about gender equality in her field of expertise.

Data from a Pearson Frank Java and PHP Salary Survey found that just over one in every 10 developers is a woman – why do you think this is the case?

It can feel like you have to prove your voice is valid in all jobs when you are a woman, but it seems to be even more the case in development. Even more effort is required to be respected in development because of the pervasiveness of a boys-club mentality. I’ve seen women developers leave for other marketing roles because of this.

How did you first get into coding and email developing? And what do you most enjoy about this work?

I got into coding because of my brother. I studied three languages in college, so he thought I’d pick up PHP pretty fast. He was right, but I found I didn’t like backend coding, so I switched to front-end.

My transition into email specifically was a similar story to most email coders – I was asked to code an email at my front-end job. The weird thing about me though is that I enjoyed coding emails from the very first time I coded one.  I love the challenge coding emails present – there is such a strict structure you have to use that makes you think in a different way spatially.

It also presents such a challenge in getting an email to look right in all 50+ major email clients. But the sense of accomplishment you get at the end is all worth it! It’s the “I just did what a lot of other people can’t – I may actually be really good at this!”

I would definitely recommend a career in martech to the next generation. It’s a rewarding career with a tremendously supportive community. Your work is seen by thousands if not millions of people so you know for sure your work is impacting people. It’s also a career in which you are always learning and experimenting. You definitely won’t be bored as an email developer!

I’d also encourage the next generation to be entrepreneurs; I am freelance and it is the best thing I ever did. Working for yourself provides more freedom over your time and location. As a business owner, you get to see the result of your hard work right after you finish a project, so it’s a more immediate sense of accomplishment in addition to knowing you did that work and you are benefiting from it directly.

What challenges have you personally faced as a woman working in a male-dominated field?

Personally, I have found that, when discussing code with other developers, women developers have to provide more information about their choices to be believed than their male counterparts. When this has happened to me, I find that I have to explain my code from the smallest detail up while male developers don’t.  I also have had to answer the same question phrased differently multiple times.

If women are under-represented in technical roles within marketing, they’re even more so in leadership roles and as keynote speakers at conferences – what do you think can be done to address this imbalance?

I think this issue needs to be addressed even more upfront than it has been.  No doubt getting this topic to be recognized has really improved in the marketing community the past few years, but there is still resistance. Perhaps more exposure on a daily basis to female under-representation is needed.

What inspired you to speak at the 2019 Email Innovations Summit in Las Vegas and what did you learn from this experience?

I wanted to speak because I saw the same issues coming up with multiple clients and thought many people could benefit from having this information before hiring a freelance developer.

It was my first talk, so I learned quite a lot, but the thing that made the biggest impression was that there is such a thing as practicing a talk too much. I must have given my talk to my cat at least 40 times before the conference, so I sounded stiff because I had rehearsed the same way over and over again.

You’re a member of Women Of Email – why are groups such as this important and how has it helped you in your career?

There have also been countless stories of how members negotiated salaries, got new jobs, and resolved issues by getting advice from other members. Personally, it definitely helped me with periodic imposter syndrome just by hearing that others have been through the same thing.

Gender diversity does appear to be improving each year but what positive change would you like to see in the industry in the future?

I’d like to see more women-led development teams in marketing. It is rare to find a woman in a leadership position in development and I think actively addressing this would do well for respect for women developers.

How has the past year and the pandemic affected gender equality in MarTech?

The women that I’ve collaborated with this past year have been just as dedicated to their jobs, but definitely expressed feeling tired or stressed more often. I think a lot of that is due to having to work from home while juggling home responsibilities.

I’ve not come into contact with any women in my field that decided to quit or were laid off, so I can’t speak to that. Another thing that is happening but not being reported on is management and coworkers leaning on their female colleagues who do not have children, assuming they have more personal time that they can sacrifice for work.

This year’s IWD theme is #ChooseToChallenge – how do you think women wanting to break into technical roles in marketing can challenge the status quo?

In email development, there are extremely few women in exclusive developer roles. It’s such a niche market to begin with that the makeup is greatly skewed in favour of men, so, just showing up is challenging the status quo.

I’ve also noticed in email development that the great majority of “experimental code” is written by men.  Actually, I can’t think of the last time a female email developer debuted a new technique or even blogged  or tweeted about something new in email code. I’d encourage anyone interested in being an email developer to experiment with code so women developers are more represented in the email developer space.

And finally, what advice would you give other women seeking technical roles in the marketing industry and women interested in speaking at conferences and events?

I think the first step is addressing imposter syndrome. Recognizing the worth of your knowledge can be difficult, but realizing that everyone feels that way, including men, can help quiet uncertainty.

Secondly, seek out others that are in or have been in the place you want to be. Speaking with people about your goal can help rid yourself of doubts you may have because you know what to expect.

Lastly, advocate for yourself. It can feel uncomfortable to sing your own praises, but do it and do it often. If you’ve done something you feel proud about, email your whole team about it and share it on social media. The more exposure others have to the things you have done helps you and women in general. 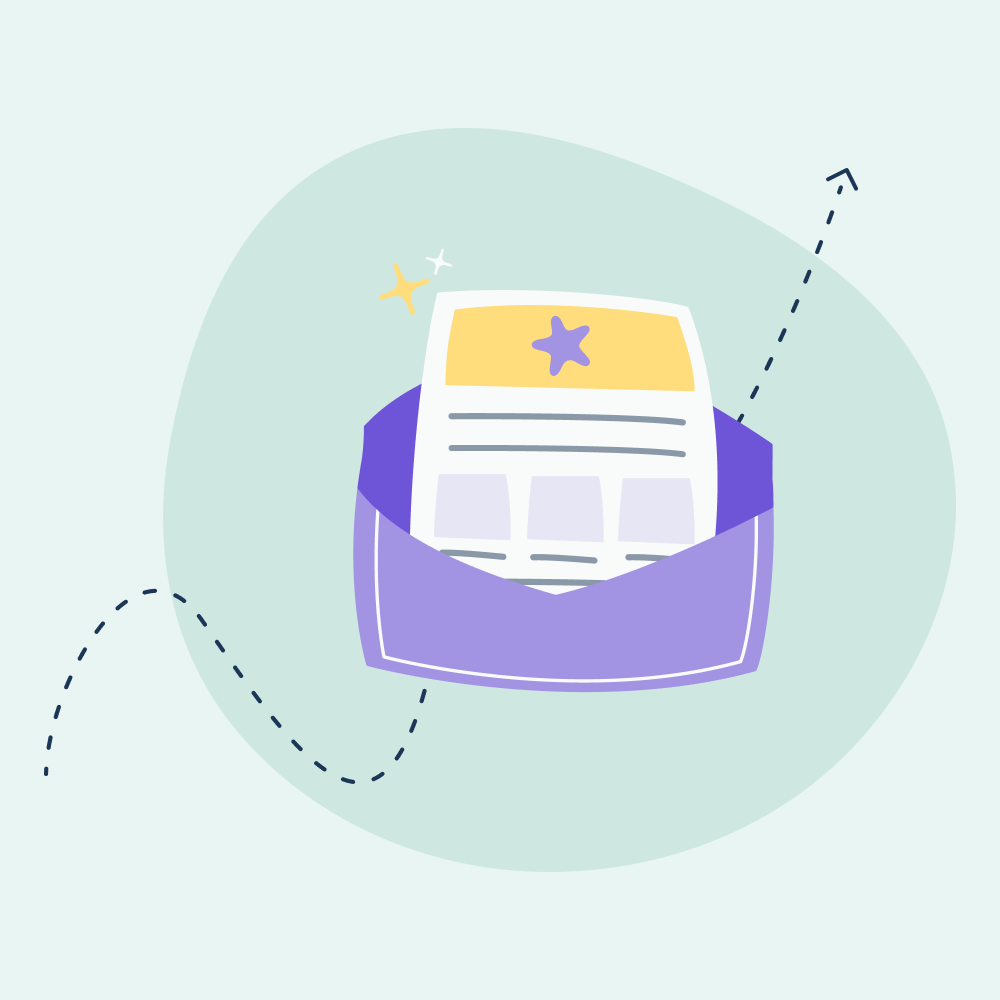 Next story :Women in MarTech: an interview with Crystal Ledesma

Women in MarTech: can email marketing inspire more women to join the sector?

Since the advent of the internet and the rise of digital, marketing has become a whole lot more technical. As well as understanding the art of persuasion and behavioural economics, the modern day marketer also needs to know how to interpret data and understand how the technology used in marketing wo

An interview with Jenna Tiffany: Gender diversity in email marketing

Marketing has been widely considered a welcoming industry for women. This year’s Email Geeks Survey Salary suggests that women are well-represented in director roles and earn healthy incomes for their expertise. Yet on the panels and stages of international industry conferences, the female spe

For International Women’s Day 2020, we kicked off a series of interviews with some of the most esteemed women in the email marketing industry. These women jumped on Zoom calls and played email ping pong with me to discuss gender equality at industry conferences events. And as some of these wom

Sat in the audience of an email marketing industry conference and you may be forgiven for thinking it’s a male-dominated industry. The same could be said for even Googling ’email marketing experts’. You’ll find many male names in the results but not so many female names. In t

Marketing has long been considered a fairly gender balanced industry. The creativity and empathy required to persuade customers to buy products and services are traits that women are considered to possess in abundance. And yet something curious happens when you step into the world of industry confer

An interview with Jen Larson: Gender diversity in the email marketing industry

Since the advent of digital marketing in the 1990s, men have dominated the arena. Google top digital marketing influencers and the majority of results will be men. Back in 2015, Moz analysed their Online Marketing Industry Survey and highlighted that women only accounted for, on average, 30% of the

An interview with LoriBeth Blair: Gender diversity in the email marketing industry

Since the rise of digital in the 1990s, marketing has become a broad field that encompasses everything from social media to SEO, branding to advertising. Within email marketing alone you’ll find specialisms that include copywriting and the more technical field of deliverability. But if, as we

An interview with Kait Creamer: Gender diversity in the email marketing industry

Marketing has long been considered a fairly even playing field as far as the genders are concerned. In some cases, women make up nearly two thirds of the industry, especially in fields like Public Relations. But look on stage at marketing conferences and those numbers don’t seem to follow. Unt

Leave a comment Cancel
Comments to: Women in MarTech: an interview with Anne Tomlin
Cancel reply