Rewind to February 2020 and national lockdowns, social distancing and support bubbles were phrases and concepts alien to us all. That was soon going to change.

But until the pandemic hit that first peak, phrases such as “gender equality” and “gender imbalance” were all too familiar to us. It was just weeks away from International Women’s Day and our focus was very much on the inspirational women creating change in the email marketing industry.

One of those women was Crystal Ledesma, an email designer, developer and production specialist. And back in February last year, we discussed what gender equality looked like in the more technical side of the email marketing industry.

But not only gender equality – we discussed racial equality too, and Crystal’s experience as a non-white woman in a traditionally white male-dominated arena.

Forward to the present day, and International Women’s Day 2021 is just around the corner. So it’s the perfect time to revisit that interview, eclipsed as it was by Covid-19 last year.

Data from a Pearson Frank Java and PHP Salary Survey found that just over one in every 10 developers is a woman – why do you think this is the case?

There are probably more factors than I could ever describe that affect this issue. But I do recall reading this really interesting article around this on Quartz that went into male-centric advertising in the middle of the 1980s. Advertising and media can and do influence society, and in turn what society tends to encourage and supports. Without support, it can be really disheartening to follow pursuits that someone is interested in, and can even result in peers trying to dissuade or push you out of those pursuits because they don’t think you belong there. I see all of that as very interconnected.

My interest in development really goes back to my father exposing me to computers and technology at a young age, despite advertising saying those things were for boys. He shared them with me and encouraged my interest in them despite societal views, especially at the time. I feel very lucky for that.

What first got you interested in email production and development?

I actually started in web development as a hobby then quickly realized I enjoyed coding so much it should be my career. I ended up going back to school to help me learn how people code in a professional sense.

After graduation, I started looking for a job in that new career path, and happened to meet someone at ExactTarget who was seeking someone to develop email. After a chat about how web and email development are similar and different, my interest was piqued. Through numerous interviews, ExactTarget decided to take a chance and trained me on the job.

What challenges have you faced as a non-white woman working in the technical fields of email marketing?

Thus far, I haven’t faced many challenges in email marketing specifically, thankfully. But I  definitely faced being stereotyped as a receptionist, rather than a developer, when I was first  hired at ExactTarget. I could tell there was no ill-intent by the person who made that assumption, but it’s an assumption that should have not been made, regardless.

And being non-white, a big one that stands out was around another situation that didn’t have ill-intent, but it clearly wasn’t well thought through

At another role I had, the office often had themed lunches. Each table in the kitchen area would have names that corresponded to the theme. One year, there was a Cinco de Mayo themed lunch, and the table names were desserts from various countries in Latin America. There was also no additional context or background given to educate everyone around Cinco de Mayo.

The theme and table names may have seemed harmless at the surface, but Cinco de Mayo is specifically a holiday that originated in Mexico and has roots in Chicano culture. For people who are not familiar with it, or are not a part of this culture, Cinco de Mayo often gets misinterpreted as Mexican Independence Day – a different day entirely.

Add in the names of desserts from different Latin American countries that are in no way connected or related to Cinco de Mayo or Mexico? For people who may not know better, this seemingly harmless themed lunch could be interpreted as “Latin American countries are the same thing and they all celebrate Cinco de Mayo.” Which, clearly, is not at all true. Intentions aside, it felt, and was, irresponsible.

Thankfully, I’ve seen a shift, and support for diverse communities in some tech workplaces has improved. The last Cinco de Mayo event at my workplace included an educational campaign around the holiday, and tips on how to celebrate it in a respectful manner.

Why do you think women of different ethnicities are underrepresented in the industry?

I think it ties back to that Quartz article I shared earlier, and the complexity of how various underrepresented groups face many challenges that their white counterparts in tech and development do not. This includes blockers to gain skills due to lack of access to education and/or lack of access to resources. And lack of positions that allow entry-level skills, especially when it comes to unpaid internships – one needs to be able to afford to take unpaid internships.

And if you don’t have the access to those resources – education or unpaid internships – you also get hit with lack of access to networking opportunities. You don’t get to meet the people in the room that influence hiring. This combination makes it a complex, interconnected issue.

And I definitely don’t say this in a bubble. Those are all things that would have impacted me if it wasn’t for resources provided to me through my husband – it is because of him that I was able to afford school and because he was working at a tech company, it meant I was at his holiday party, and in turn met that person at ExactTarget. I was exposed to a person in the industry that was hiring for a role.

I don’t think I would have had that exposure, or the ability to go to school, otherwise. I definitely would not be at the level I’m at now without those things.

And what can be done to improve the balance of representation?

I am no expert but there’s articles out there like this Brookings article on the topic. It will take multiple approaches done all at the same time to see improvement in the balance of representation.

How has the past year and the pandemic affected gender equality in MarTech?

The major change I’ve noticed for diversity with the pandemic is that for many companies, they’ve opened up hiring people from any location rather than specifically where offices are located. I can see this helping increase diversity as living in an expensive area is no longer necessary, and remote hiring could keep some biases at bay. However, how hiring plays out remains to be seen.

What advice would you give women interested in a career in the technical side of email marketing?

My advice would be to dig in to research and learn online through free resources. Email is unique in so many ways, so it helps to try and get a grasp on the nuances of it, even at the most basic level. That will enable you to be at a good starting point once jumping in. And being interested in researching to learn and solve problems is absolutely key for the technical side of email.

Also, the Women Of Email and #emailgeeks community are overall very warm and welcoming to people trying to learn email. There’s no way I would have grown and learned as much as I have without them!

Previous story :Women in MarTech: an interview with Anne Tomlin 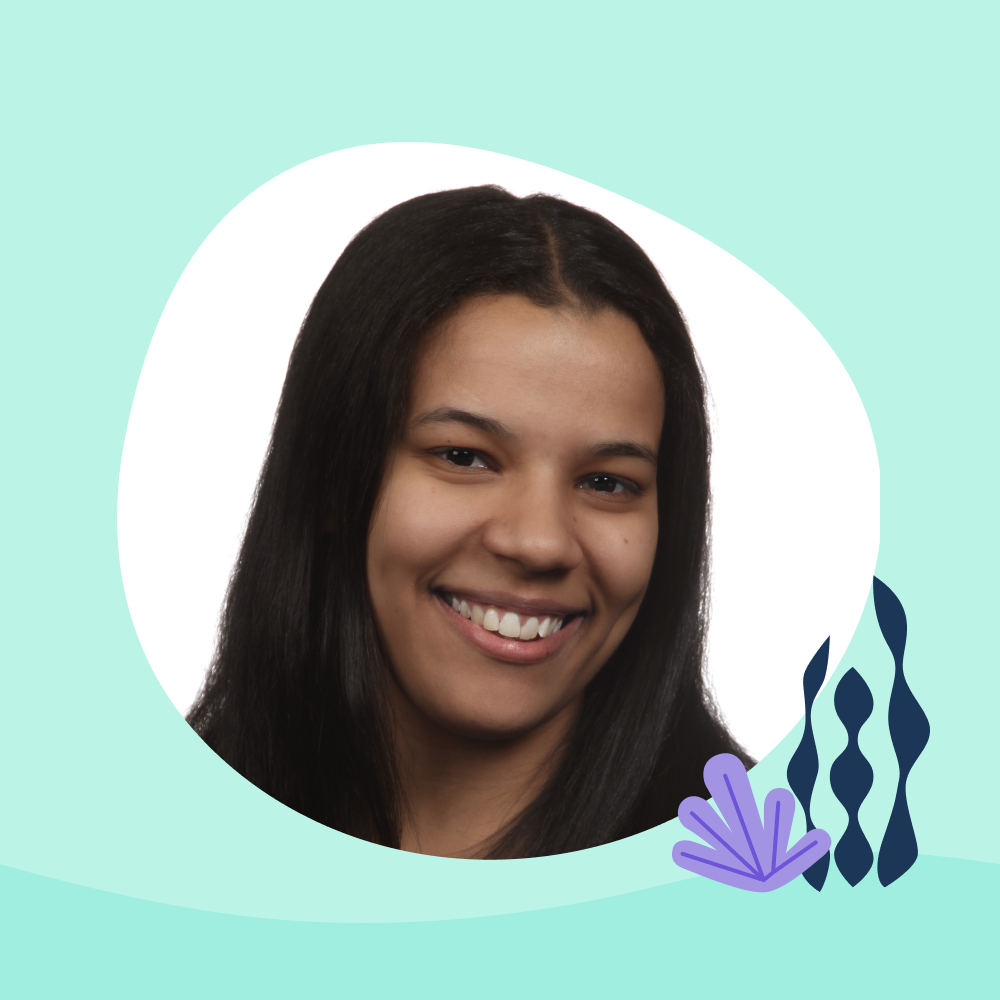 Next story :Women in MarTech: an interview with Shannon Crabill

Women in MarTech: can email marketing inspire more women to join the sector?

Since the advent of the internet and the rise of digital, marketing has become a whole lot more technical. As well as understanding the art of persuasion and behavioural economics, the modern day marketer also needs to know how to interpret data and understand how the technology used in marketing works.  Thanks to digital channels, […]

An interview with Jeanne Jennings: Gender diversity in the email marketing industry

The stages and speaking panels of email marketing conferences have long been a lonely place for women. Rewind a decade and there were just a few trailblazing women making a name for themselves as speakers. One of those women was industry veteran and email marketing expert, Jeanne Jennings. With a long and illustrious career, Jeanne […]

An interview with Kath Pay: Gender diversity in the email marketing industry

Marketing has traditionally been considered a career path well suited to women. And it’s often been an industry where you’ll generally find a healthy ratio of women to men. Yet this gender diversity has not always translated to more public arenas. Like industry conferences and events. For a long time, speaking panels have been heavily […]

An interview with LoriBeth Blair: Gender diversity in the email marketing industry

Since the rise of digital in the 1990s, marketing has become a broad field that encompasses everything from social media to SEO, branding to advertising. Within email marketing alone you’ll find specialisms that include copywriting and the more technical field of deliverability. But if, as we recently investigated, the stages and panels of email marketing […]

Marketing has long been considered a fairly gender balanced industry. The creativity and empathy required to persuade customers to buy products and services are traits that women are considered to possess in abundance. And yet something curious happens when you step into the world of industry conferences and events. Women are not found in such […]

For International Women’s Day 2020, we kicked off a series of interviews with some of the most esteemed women in the email marketing industry. These women jumped on Zoom calls and played email ping pong with me to discuss gender equality at industry conferences events. And as some of these women’s varied expertise became apparent, […]

Sat in the audience of an email marketing industry conference and you may be forgiven for thinking it’s a male-dominated industry. The same could be said for even Googling ’email marketing experts’. You’ll find many male names in the results but not so many female names. In the past, the speaker panels and stages of […]

An interview with Jenna Tiffany: Gender diversity in email marketing

Marketing has been widely considered a welcoming industry for women. This year’s Email Geeks Survey Salary suggests that women are well-represented in director roles and earn healthy incomes for their expertise. Yet on the panels and stages of international industry conferences, the female species are not so well-represented. And in an effort to address this […]

Leave a comment Cancel
Comments to: Women in MarTech: an interview with Crystal Ledesma
Cancel reply